In his latest public interview with CNBC, Berkshire Hathaway (NYSE:BRK.A) (NYSE:BRK.B) CEO Warren Buffett (Trades, Portfolio) went over some of the points made in his latest shareholder letter. During the two-hour-long interview, Buffett talked about everything from U.S. tax policy to Berkshire’s executive compensation. But of greatest interest to investors was his thoughts on companies in which he has recently disclosed stakes.

Buffett explained why he exited his stake in Oracle (NYSE:ORCL) after only one quarter:

“Larry Ellison’s done a fantastic job with Oracle. I’ve followed from the standpoint of reading about it, but I probably didn’t understand the business. Then after I started buying, I felt I still didn’t understand the business – I actually changed my mind in terms of understanding it, not in terms of evaluating it. Oracle is a great business, but I don’t think, particularly after my experience with IBM (NYSE:IBM), I don’t think I understand exactly where the cloud is going. I’ve been amazed at what Amazon (NASDAQ:AMZN) has done there and now Microsoft (NASDAQ:MSFT) is doing as well, so I just don’t know where that game is going”.

This simple admission of ignorance is at the core of why Buffett has been so successful for so long. Many investors would feel compelled to stick by their pick and refuse to admit they actually do not understand the industry in question as well as they may have thought they did. Too many people are more concerned with looking smart than being rich, and we have discussed similar cognitive biases in previous articles. Buffett has absolutely no problem with doing a complete 180 on an investment and pulling his capital, even though he believes Oracle is a solid business. This kind of humility and willingness to be wrong are traits that aspiring value investors should aim to cultivate within themselves.

Buffett spoke at length on where he went wrong with Kraft Heinz (NASDAQ:KHC):

“The interesting thing about Kraft-Heinz is that it’s still a wonderful business, in that it uses about $7 billion in tangible assets and earns $6 billion pre-tax on that. So on the assets required to run the business – $7 billion – they earn $6 billion, roughly, after depreciation, pre-tax. But, we, and certain predecessors, but primarily we, we paid $100 billion more than the tangible assets, so for us it has to earn on $107 billion, not just on the $7 billion that the business employs. It would be wonderful if we had a way to deploy another $7 billion and earn $6 billion, but it isn’t there”.

In essence, Kraft-Heinz is still likely to continue to generate solid cash flow and earnings, but the premium paid by Berkshire now looks like it was too steep relative to the future prospects of the business. In Buffett’s view, one of the main issues for Kraft-Heinz is its weak negotiating position relative to major retailers:

“The packaged goods companies are always in a struggle with retailers… The really strong brands, they can go toe-to-toe with Walmart (NYSE:WMT) or Costco (NASDAQ:COST), or whomever may be. But, the weaker brands tend to lose out… Heinz was started in 1869, so they’ve had all that time to develop various products, particularly ketchup and things like that…They’ve been distributed worldwide through tens of hundreds of thousands of outlets, they’ve had hundreds of millions of trials, they spend a fortune on advertising – and their sales now are $26 billion.

Costco introduced the Kirkland brand in 1992, 27 years ago. And that brand did $39 billion last year, whereas all the Kraft and Heinz brands did $26. So here they are, 100 year plus, tons of advertising, built into people’s habits and everything else, and now Kirkland, a private label brand, comes along and with only 750 or so outlets does 50% more business than all the Kraft-Heinz brand. So house brands, private labels, are getting stronger”.

Only time will tell if established brand names will be able to weather the storm from retailers, particularly in light of Amazon’s expanding role into the food and beverage market. Right now, it appears they may be fighting a losing battle. 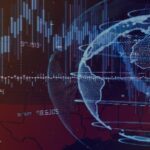 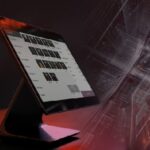 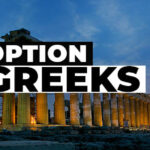 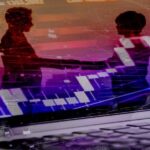 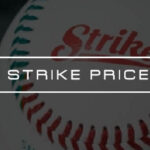 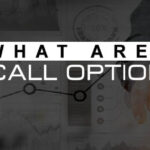